Dr. Mark Scoville is a General Dentist at Sturgeon Creek Dental in Winnipeg. 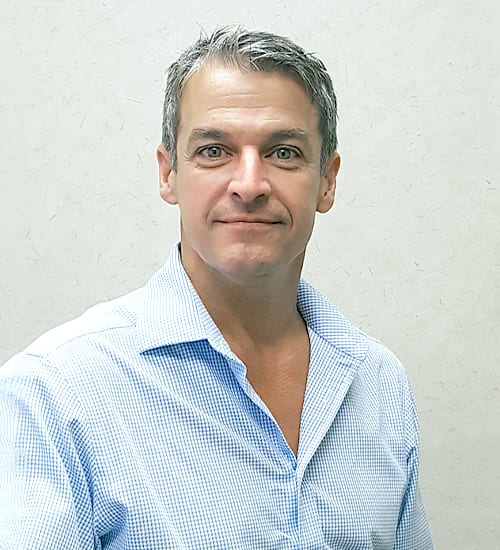 Dr. Scoville has been practicing dentistry for over a decade. Born and raised in Alberta, he moved to Winnipeg and completed his high school education at Sturgeon Creek Regional Secondary School.

He served in the Canadian Forces from 1983 through 1991 and had a range of postings across Canada from Royal Roads Military College in Victoria, BC to the Combat Training Centre in Gagetown, NB. During his final two years with the Forces, he was privileged to work overseas in Lahr, Germany where he was first exposed to the profession of dentistry.

Upon his return to Canada, Dr. Scoville completed his Bachelor of Science Degree with a major in Chemistry at the University of Winnipeg, and was awarded Board of Regent Scholarships for high academic standing.

In past years he was also responsible for coordinating dental services for Corrections Canada. He has received awards from Minnesota, Mining, and Manufacturing (3M), the Western Canada Dental Society, the Academy of General Dentistry, and the Academy of Operative Dentistry, not only in recognition of his clinical skills, but for his scholarship, leadership and humanitarian qualities.

Living in Westwood, he is married to his high school sweetheart, Christine, and has two children who continue to inform, and inspire him. Dr. Scoville maintains a love for all aspects of dentistry and feels especially privileged to serve the patients of Sturgeon Creek Dental Clinic.

Looking for a dentist in Winnipeg? We're happily welcoming new patients to our dental clinic! Contact us to get started.